Getting the Most Out of this Course

What are the Consequences of Bad Management in Medicine

Why is there such a Problem?

Empathizing With Your Boss

The Out of Date Boss

Suggestions for Other Types of Bosses

The Arsehole Boss a Totally Different Type of Difficult Boss

How to Spot an Arsehole Boss

How Big a Problem Is It?

Quitting is an Option

When you are a Bystander

Play to Your Existing Strengths

Get Better Feedback on Yourself

Coaching as a Tool

How to Handle it When a Trainee Complains

Tell Us Your Boss Stories

Tell Us Your Boss Stories

What are the Consequences of Bad Management in Medicine

Back to: Difficult Bosses in Medicine

What are the Consequences of Bad Management in Medicine? 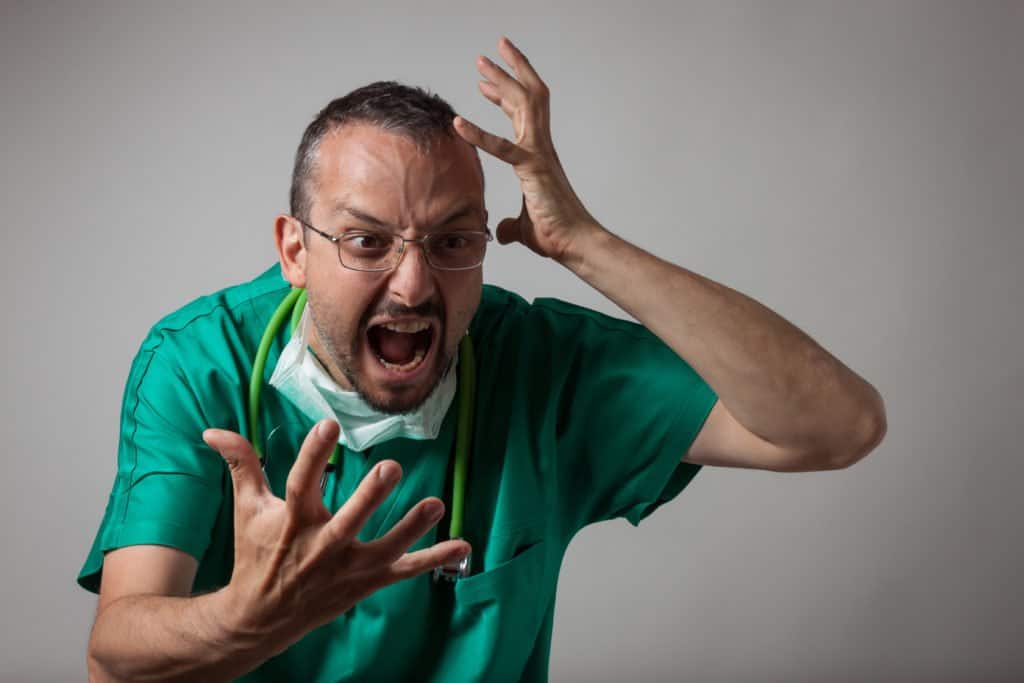 Bad management is not just a problem in health its a problem in every industry. According to Robert Sutton the Stanford Researcher and publisher of the “No Asshole Rule” and “Good Boss, Bad Boss” about 75% of the workforce report that their most immediate supervisor is the most stressful part of their job.
Moral considerations also highlight the importance of having competent bosses. Specifically, bad leadership can create great misery to those subject to it. The National Institute of Health published a report in 1999 showing that 40% of US workers nationwide report that their jobs are either very or extremely stressful.  Organizational climate surveys (Staff Opinion Surveys) routinely show that about 75 percent of working adults report that the most stressful aspect of their job is their immediate boss (Hogan, 2007, p. 106). Bad managers are a major health hazard that imposes enormous medical costs on society, and the problem of bad management should be taken seriously for moral as well as financial reasons. Within NSW Health according to the People Matters Employment Survey.  The quality of Senior Management experience is rated positively by only 45% of employees (less than half), with most of the areas for improvement centring around Manager behaviours and tasks.
Previous
Next

Numerous studies cite the importance of clinician engagement in working with Managers to improve healthcare outcomes & assisting with necessary change processes.  Such studies also generally comment on how lack of medical clinician engagement can be a powerful force resisting change and that engaging with doctors on Management related issues takes a concerted effort and often requires planning.

Of late we have heard several stories about the poor experiences of medical students and medical trainees within our healthcare system including multiple cases of burnout, bullying, sexual harassment and suicide.  Whilst it would be quite unfair to place all of the responsibility for ensuring a more civilized healthcare workplace at the foot of front-line managers such as Medical Bosses there is ample evidence that in situations of medical trainee welfare many Bosses are ill-equipped to assist and often not trusted by the trainees in the first place.

40% of 596 medical trainees in 2015 and 2016 who either reported having been bullied or sexually harassed indicated that they chose not to raise the matter with anyone in authority.  Of the remainder who did chose to escalate, sadly the majority reported a negative outcome, including not being believed by their Supervisors or Training Directors, being told they were soft or being given the wrong advice about how to file a complaint[1].

Becoming A Specialist In Australia

Your cart is currently empty.